hello fans and peeps.
A crazy new yr so far,
i have seen ups and downs in fast speed. (wow)
but the one thing that holds things together like glue,
is prayer, meditation, and balancing your elements and Chi (energy).
So we are taking a mini break, but will test tech this weekend w.o stress and other jobs in a week or two, will see.
thanks for stoppin by
and take care

Enjoy every day, of your new yr,
u hold the power, its only a matter of using your tools and mastery. If your reality is broke, fix it, u actually have keys to every element hosted.

Catch all of our Senior and Active depts for in world, including IMVU for public (2012 edits) and fun. Main will be in Mia.

No matter what, i love the chi of our fans.

Welcome to our Mia and LDM blogcast.

this week, after the holidays:

1. we built a new site for the LDM Digital Art: http://ldmandmia.daportfolio.com/

2. We did minor tech over the weekend but we still are working on the most recent version of OS (an upgrade and celebration, we were stuck in version 0.6.9), for Mia Jonita Grid Mode. Still testing in Standalone thou.

3. We did light promos, for YG and our Single release, but this single will be available for another yr. We do appreciate all streams and downloads. Its always been a fav and we are still working on 2 greatests hits for you all in 2012 listening.

4. We updated our LDM Vodcast TV and will now enter Season 12. Season 11 has its final show posted.

Have a Happy Thanksgiving this week.

Catch u later, with more updates and news.

We are working on Mia tech of O.S and in world projects related to IMVU 3D Chat.
Re: Asia and Europe Resumes: For veteran or LDM Alumni fans, we are not hiring right now, but will be for both ‘in world’ and ‘remote’; once we open up (Grand Opening).
This will be an estimate of next year for the Grand Opening. We will update you all then. We hope to be beyond basic level to Intermediate for Virtual World Life.

Coming up for the LDM Vodcast TV (Original Series of blip.tv)

Title not done yet, and recording in motion.

Dr16506: Hello peeps and welcome to this weeks vodcast and misc. updates…

Dr16506: For our updated projects, u all can catch not only our blogs but our linkedin

Dr16506: If u visit our linkedin, u will wonder? Where did the Indie Scholar idea, come from? It was actually from an invite…

Dr16506: I was invited in 2006 but the invite was unexpected and too soon for travel. I was just moving to my family’s area (Detroit)

Dr16506: Afterwards…years, i was really going hmmm. Europe and Asia are now my fans, a Cool Destiny right…

Dr16506: So now, for updates, why not do indie and independent scholar studies….makes sense with the BIO

For our real pictures, we are posting for twitter with twicpic and myspace for now. FB at random. thanks peeps. catch u later

Catch our show for more details and actual Video of blip.tv…thanks peeps and fans.

mia tech is still recoverying from the Labor day storm LEE week, North/Northeast of US. Thanks 4 following or visiting. #miajonita #opensim

We are working on a new site for campus acct.

this really is needed for myself, board, and jobs.

However, it serves the public and students,

at the same time.

we are using SLE and Mia to spot the acct. sites,

We listed our resume links to spot the acct. , 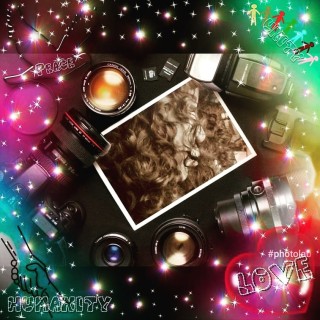 ☆2013-14 Updates: Stepping into the Digital Age and Modern Tech. It seems the Digital age is at its peak. A lot of Impossible concepts are now possible and available. In short: I have been online teaching for a few yrs Began as Podcast Radio in itunes, then entered teaching audio classes in Learnoutloud and lulu. Updating current projects to video/media and some Blackboard use. (Training) ☆EDU Bio 2008-2011 The Audio and Text Book Classes, for Love and Divinity; has a Mega collection of Vocational, Professional, Undergraduate, and graduate level Mind-Body-Spirit; classes, spoken word, and educational lectures in our Stores and Teaching Profiles. The eclasses were recorded by LDM Recording Studio, of LDM University Headquarters; in Michigan. The available classes; are listed in our LuLu and Learn out Loud Store Networks. Please, Feel Free; to Contact us for additional website information, if you are brand new to LDM in general. ☆2015-16 Bio: Promotion Model, Game Artist, Virtual Business Consulting, Digital Game Design - VR Media, Video VFX Editor, Yoga Coach. Available: B2C and B2B Products. ☆♡2014-2020 Bio: Biography: Where Experience meets (3D) Virtual Reality. Bio: Yoga Socialite (Influencer), Former Podcast Radio, Digital/Game Artist, Expanding Studio. Welcome to ©LDM Yoga, ©Insatiable Studios, by ©Mia J. Resorts | Jobs: Web Design, Game Artist. | Certified Jobs: Life Coach, Yoga Therapist | Location: MI USA In LDM, We are The Serendipity & Synchronicity of Mind, Body, and Spirit. Our mission: To always maintain union and Chi balance in all projects and courses taught.

A Site To Learn More About Meditation And Yoga

Because romping about is not socially acceptable.